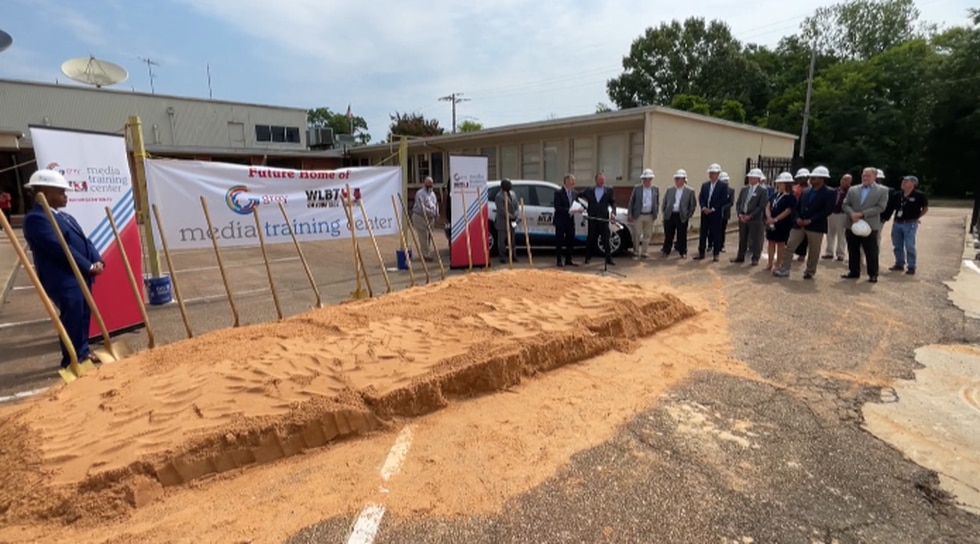 The Gray Media Training Center, to be built at WLBT’s downtown Jackson complex, will cost more than $1 million.

Although it won’t be completed until the spring, ten students from HBCUs around the state have already been chosen to begin the training program in the fall.

The center – the first of its kind in the broadcast industry – is something WLBT Vice President and General Manager Ted Fortenberry hinted at months ago.

Fortenberry then presented the idea to gray management, and they quickly approved it.

“They’re going to have the opportunity to experience the real world, day-to-day operations of how Gray Television runs television stations,” Fortenberry said. “And it will be an incredible experience for them at the start of their careers.”

Fortenberry said he hopes the center will increase diversity and inclusion in the news industry at a time when some newsrooms don’t reflect what their communities are like.

Gray’s chairman and co-CEO Pat LaPlatney said during a tour of the station more than a decade ago he noticed an area above the studio with windows looking into the office.

When asked then-General Manager Dan Modisett what it was, Modisett replied that it was an African American viewing area.

“Essentially, the station had separate viewing areas. One for black, one for white. This is just one of many unfortunate decisions made by the original owners of WLBT,” LaPlatney said. “In the 1950s and 60s, the station manager had taken to running ‘technical difficulty’ signs when NBC was feeding network programming covering the civil rights movement.”

WLBT remains the only station in the United States whose FCC license has been revoked for not serving the public interest, with station staff preventing even downtown Mississippians from seeing Thurgood Marshall discuss Brown v. Board of Education in 1955.

LaPlatney said WLBT was the only NBC affiliate not to air this landmark legal proceeding.

“By launching the Media Training Center at WLBT, a building that was once a monument to ignorance, we are using this facility to educate and help train young people,” LaPlatney said. “What they will learn will enable them to use facts and truth to help inform the citizens of Mississippi and beyond at a time when facts and truth are needed more than ever.”

The Tuesday unveiling of renderings of the new center took place at the Mississippi Civil Rights Museum.

Sandy Breland, Gray’s senior vice president of local media, said it was a fitting venue for the announcement.

“We are launching this project today in a wonderful and thought-provoking installation that honors the civil rights movement in Mississippi that changed the nation and honors the men and women who used their voices at great expense to influence change,” Breland said. “To the students who will participate in this program, this new training center: you too have the floor. And it’s an opportunity for you to have a positive impact.

Breland, whose career in broadcast news spans nearly three decades, told students on Tuesday that Gray would do his best to help prepare them for any broadcast position they want to pursue.

“Be curious. Ask questions. Find your passion,” Breland said. “As broadcasters, we are best at serving our communities when we have our voices. become one of those voices.

To learn more about the program and to apply, click here.