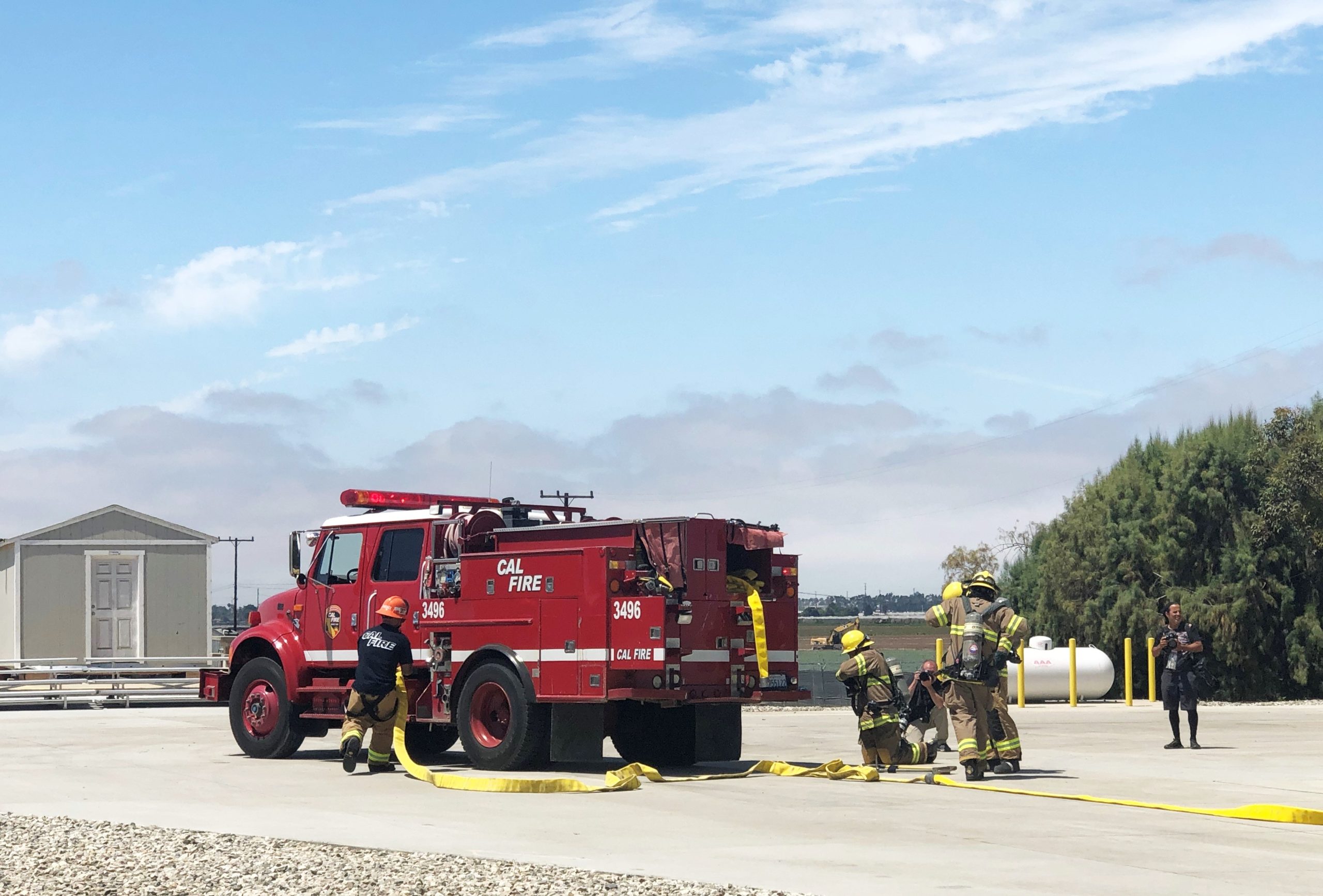 The Ventura Training Center (VTC) recently hosted an open house where the media and members of the Ventura County Public Defender’s Office were able to take a closer look at the program. The VTC offers a unique training opportunity for former incarcerated firefighters to continue their professional training while providing an essential service for the State.

Graduates of the program become fully certified wildland firefighters and are highly qualified for positions with local, state, municipal, and federal fire departments. As of May 2022, more than half of cadets have accepted fire service positions before graduation.

Current participants discussed their desire to complete the 18-month program and find employment in the firefighting profession.

“Having people who believed in me when I didn’t, when I needed them most; it gave me motivation,” said Javon Wright.

“I sometimes feel more comfortable here than with my own family,” said participant Anthony Barajas.

The cadets demonstrated a “tool” or process used by firefighters to prepare their equipment when responding to a forest fire. They also showed how they would tackle a structure fire with a truck, hose and ladder.

Visitors were also able to tour the facilities, including the gymnasium, common areas, classrooms and equipment storage.

While incarcerated, Henry Herrera discovered his new career, being part of a crew for three seasons at Camp Francisquito (#4). For his crime, Herrera spent eight years away from his family. To advance his career, he made the difficult decision to spend another 18 months at VTC.

By completing the program, he knew it could make him a better provider. A month after his release, he is accepted and begins training at the VTC.

Graduating in May 2022 along with 25 other cadets, Herrera is now a wildland firefighter with CAL FIRE’s Lassen-Modoc unit. He aspires to become a crew captain. He is currently pursuing his Emergency Medical Technician (EMT) certification and chart expungement through AB2147.