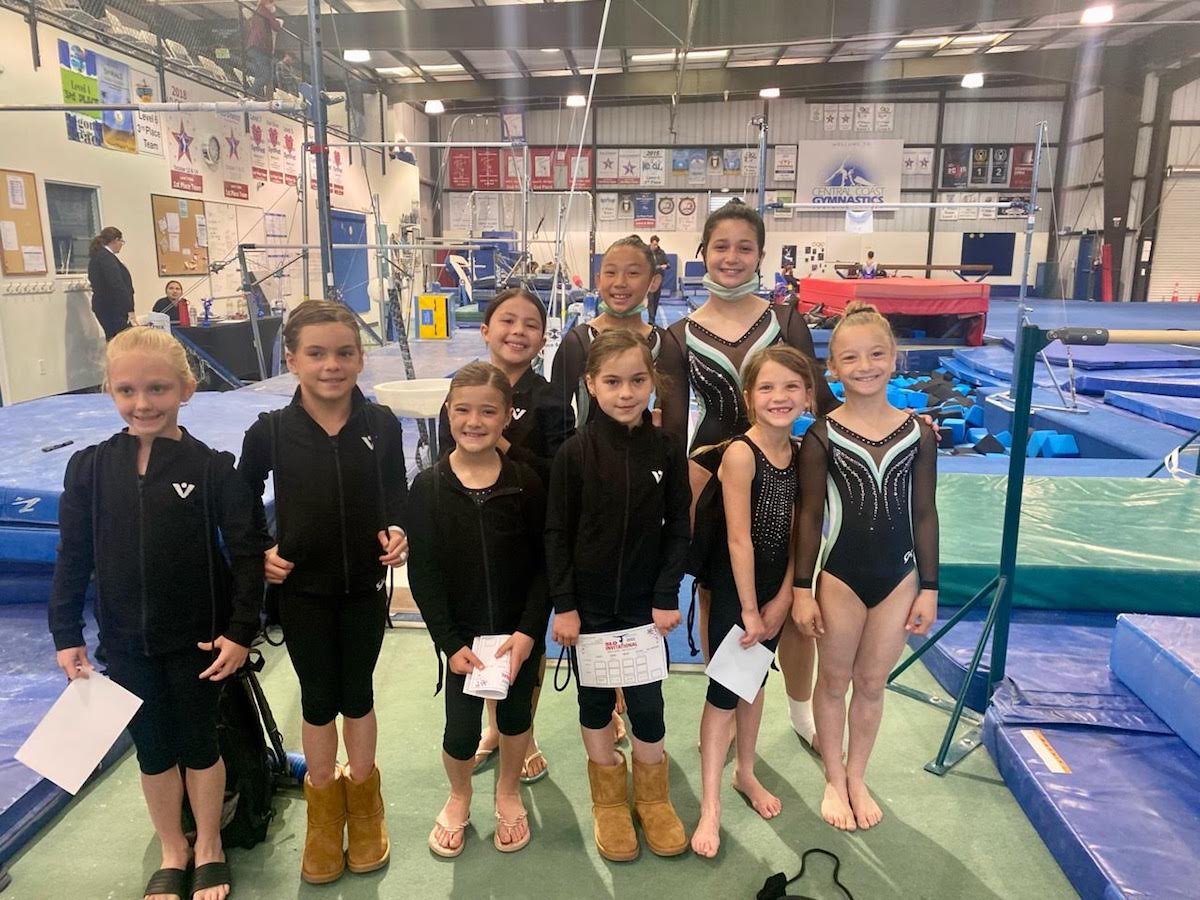 The program has locations in both Atascadero and Paso Robles

“For an athlete to qualify for the States, they must beat an all-around score in one of the seasonal meets,” said coach Cooper Bishop. “All of our girls qualified for States in their first meet of the year. A tribute to their hard work and preparation.

Get through this together, Paso Robles

“Hannah Springer received the fifth-highest score in the nation for her balance beam division,” Carter said. “At the state championships for her level (Xcel Gold), she took second place on bars, first on floor, first on beam and first place all-around, making her state champion for her age category.

“Tulsa Willoughby took second place for her age class at the state championships.

“Liana Lopez took third place on floor for her age division at the state championships.

“Ece Tunc took second place on floor at the state championships for his age class.

“Clara Wildmon took first place on beam and second on bars for the state championships.

“Gwen Henry took first place on beam and bars, second on vault and second in all-around.

“Scarlett Cruzat finished second on vault and third on balance beam at the state championships.

The Thrive Training Center has two locations, one in Paso Robles and the other in Atascadero. The girls use both facilities during the five-month gymnastics season and their year-round training.

“We train using our two facilities,” Bishop said. “Atascadero allows us to work on their routines and bases on competition apparatus. Paso Robles allows us to push skill development through the use of trampolines and the foam pit. »

Thrive Training Center, originally Pacific Coast Gymnastics, was purchased by owner and president Anne Flores in 2006, while the rebranding to Thrive did not occur until 2015.

The girls training at Thrive put in 16 hours over a four-day week.

“Coming out of the pandemic, we had to rebuild over 75% of the team’s schedule. They are the most successful girl group in our entire competitive history,” Carter said. “At the start, we were nervous as the season approached, not knowing if we were going to be prepared. The competition season was from January to the end of March. We would have two, three weeks between competitions to train and make the necessary adjustments to optimize scores.The athletes are really great to work with, they are hard workers, focused and know how to persevere.

After doing so well at the State Championships, two of the Thrive girls went on to Regional 1 Championships in Salt Lake City, Utah. The regional championships were held from April 29 to May 1 and included athletes from California, Utah, Nevada and Arizona.

Eva Jarboe and Liana Lopez, Level 6 gymnasts at Thrive, both received qualifying scores at the state championships, making them eligible to compete in the regional championships.

Lopez is tied for first place on floor exercise and fourth on vault. And Jarboe’s hard work and resilience has taken her all the way to regional championships.

“It’s been an amazing year for us as a team. I can’t wait to see what we can accomplish in the future,” said Bishop.