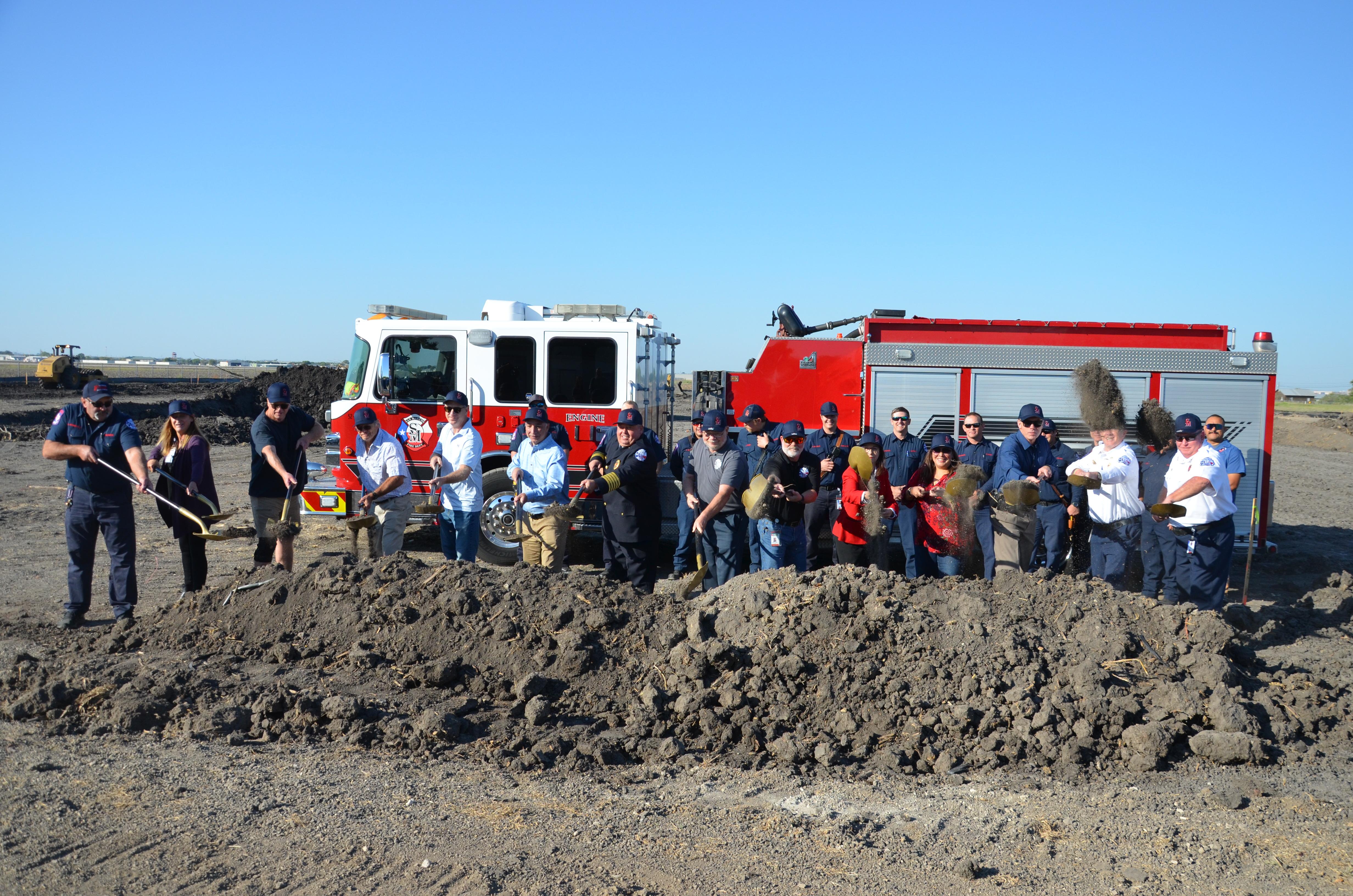 The city and SMFD inaugurate the fire training center

The sounds of bulldozers clearing land filled the air Friday morning as a patch of land off the Airport Freeway will soon become the fire training facility for the San Marcos Fire Department.

The City of San Marcos on Friday broke ground on the facility at 4710 Airport Highway, which will serve as a training ground for the San Marcos Fire Department as well as the San Marcos Police Department, EMS and services. neighboring fires.

“Our fire department began as an entirely volunteer-run department in 1884,” said Mayor Jane Hughson. “Times have changed. We are growing at a rapid pace and our needs are also increasing. Today we are inaugurating our own training center.

Former San Marcos Fire Department Cpt. Jay Horton, who spoke at Friday’s grand opening, said he wanted to applaud everyone who made the new facility possible after talk of a training center was discussed by his colleagues when he started his career as a firefighter 40 years ago.

“The biggest conversation around the water cooler and coffee maker was that we needed a training ground more than a raise because we weren’t being paid much at the time. More than manpower because we were understaffed at the time,” Horton said. “But the guys realized we needed a place to practice what we do for our own safety and the well-being of the people we serve. That was 40 years ago and it’s finally happening.

Phase 1 of the fire training building project was approved by the San Marcos City Council in 2019, which includes the construction of a two-story residential building and corresponding site infrastructure improvements. Capital costs for the project are currently estimated at $2 million, according to the City of San Marcos.

“I’m glad to see [our neighbors] here,” Stephens said. “I hope they are as excited as we are to come and train with us. We are in a riding where we all have to work together. Several times this week there have been events where all county departments have had to come together and work together. It really starts with us all training together. Our members know their members and so on. We have confidence in everyone’s abilities. We will come [to the training facility] and hone those skills and improve that trust we have in each other. 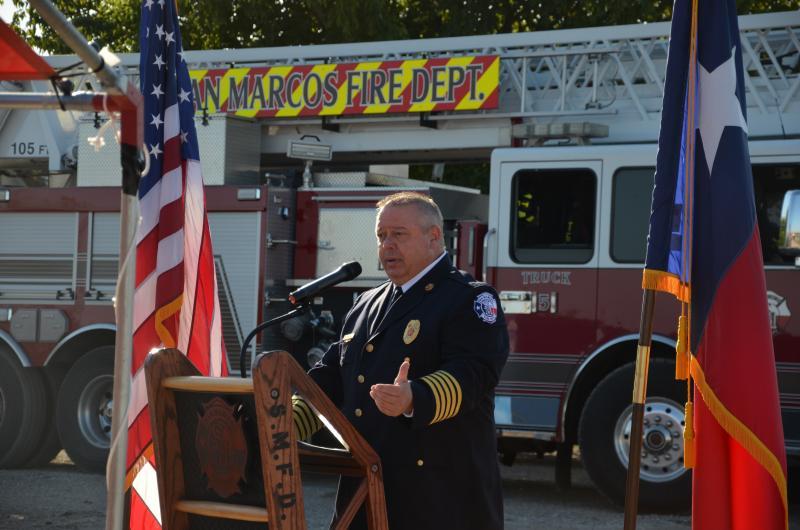 Public Safety Director Chase Stapp said Friday marked a big day for the City of San Marcos and the San Marcos Fire Department “During my short time in this role, I have had the privilege of speaking two, maybe three, pioneers for new stations and these are huge accomplishments for our city,” Stapp said. “I feel like we owe it, our community owes it, to our firefighters – to the men and women of the fire department – to give them the best facilities, equipment and training possible because that is what they give us day in and day out and day in and day out is their best to protect and serve our community. Today is even more special because the last part of that, the training part, is really starting to come together. 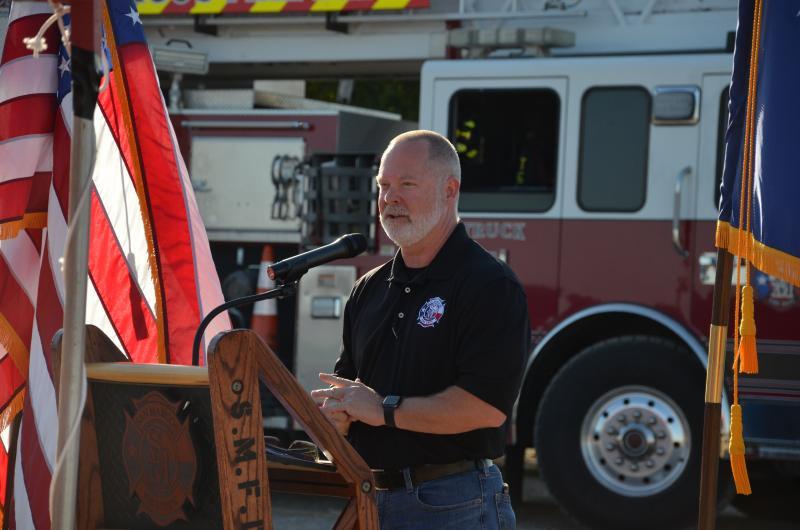 Above, Director of Public Safety Chase Stapp explains to those present the significance of the new facility.

Stephens said he hopes everyone can get together again in about eight or ten months for the grand opening of the facility.

“It will take many more phases, probably over decades,” Stephens said. “Probably, I’ll be in the same boat, [Horton] is. I will return for the groundbreaking and celebrate the success of the people who will come after us. But we have a vision, we have planned this whole property.