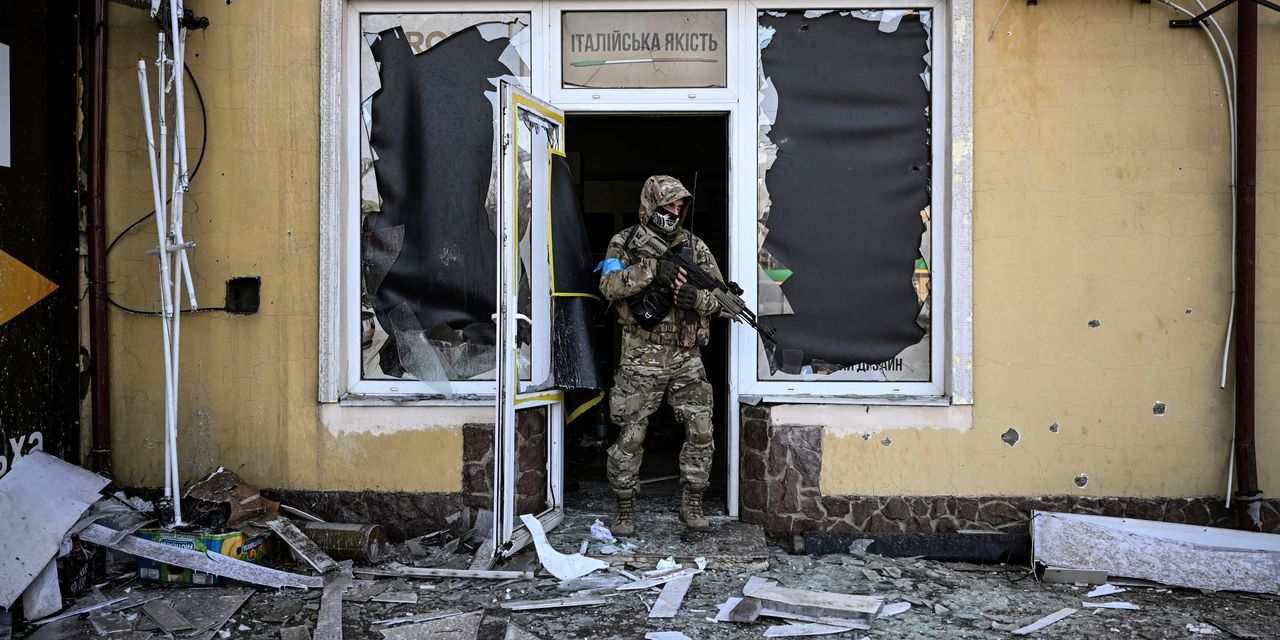 
A Russian airstrike hit a Ukrainian military training center in Yavoriv, ​​about 10 miles from the Polish border, killing 35 people and injuring more than 130. An American journalist was killed in Irpin.

Cruise missiles hit the facility where the US National Guard trained Ukrainian troops until last month. The strike came a day after Russia warned it would view arms shipments to Ukraine as legitimate targets, The Wall Street Journal reported.

It was the westernmost place Russian forces have attacked since they invaded Ukraine 18 days ago, and near where Ukrainians fled the country for Poland.

On Saturday, President Joe Biden authorized $200 million in additional security aid to Ukraine, prompting Russian Deputy Foreign Minister Sergei Ryabkov to say Moscow is considering arms shipments to Ukraine as legitimate military targets. “We have warned of the kind of consequences that could result from the reckless transfer of weapons, such as man-portable air defense systems and anti-tank systems, to Ukraine,” he told state television.

US National Security Advisor Jake Sullivan told CNN State of the Union Sunday that the strikes show that Russian President Vladimir Putin is frustrated with the progress of his attack, “that he is increasing the number of targets, that he is going wild and trying to cause damage in all parts of the country . “

NATO allies continue to send weapons to Ukraine, and at least seven military cargo planes carrying supplies for Ukraine landed in Rzeszow, a small airport in southern Poland, on Saturday.

Russian Defense Ministry spokesman Igor Konashenkov said on Sunday that Russian forces shot down a Ukrainian Sukhoi Su-24 plane and two Ukrainian drones, but did not mention the attack on the training center. .

The attack so close to the Polish border also underscored the danger to the hundreds of thousands of refugees pouring in from Ukraine. About 2.6 million people have fled to neighboring countries.

American journalist Brent Renaud, 50, an award-winning documentary filmmaker from Arkansas, died near the front line of the war in Ukraine. Time magazine said in a statement that he was in the area to work on a Time Studios project focusing on the global refugee crisis.

Sullivan told CNN that Renaud’s death was “shocking and horrific.”

The United States is also working to ensure that China does not help Russia circumvent Western sanctions, Sulllivan said. “We have made it clear to Beijing that we will not sit idly by and allow any country to compensate Russia for its losses due to economic sanctions.”

On Monday, Sullivan travels to Rome to meet his Chinese counterpart, Yang Jiechi, to discuss US-China relations and the war in Ukraine.