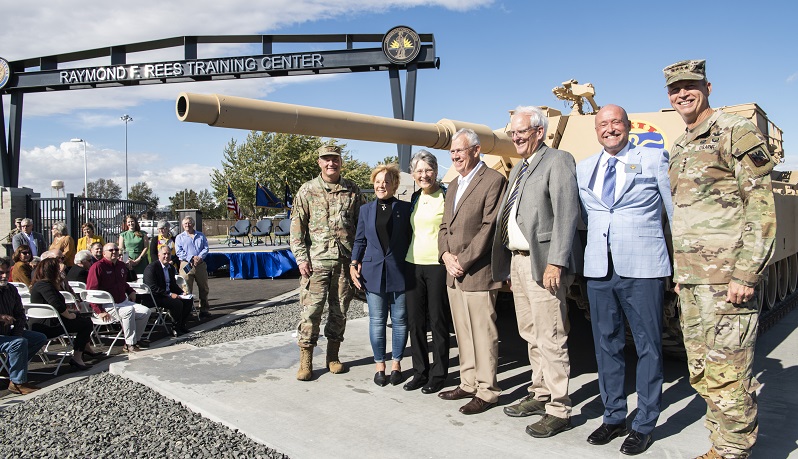 Raymond Rees Training Center is ‘the spirit of the National Guard’

PORTLAND, Ore. (KOIN) — Maj. Gen. Raymond F. Rees served as the adjutant general of the Oregon National Guard for 16 years before retiring in 2013. He then became national director of the Army National Guard, Deputy Under Secretary of the Army for Training and held several other high-ranking positions.

But one day in September, Maj. Gen. Rees returned to see an old Umatilla armory renamed in his honor as it takes on new life as a training center for future National Guard citizen soldiers. from Oregon.

“So we decided to open the doors and challenge the bureaucracy to make this happen. Today is an affirmation from that old saw: patience is a virtue,” Rees said that day. “My appreciation for today’s honor goes beyond brick and mortar. It goes with the spirit of the National Guard.

The Umatilla Army Ammunition Depot opened in 1941 on over 17,000 acres in Umatilla County. It became a chemical weapons depot, storing and destroying chemical munitions as well as conventional weapons.

The Army closed it in 2012. Under Rees’ leadership, they dedicated 7,500 acres to a training facility for the Oregon Army National Guard.

The Raymond F. Rees Training Center will house the 249th Regional Training Institute. It will be a joint military training center.

To date, $60 million has already been committed or spent, and another $40 million is planned to add more ranges and barracks.

“We still have a lot of work ahead of us,” Maj. Gen. Michael E. Stencel said. “But we got off to a very good start.”

Rees’ wife, Mary Lynn, officially opened the Raymond F. Rees Training Center. This facility will forever bear his name to serve as a mecca of inspiration and training for Oregon Citizen Soldiers.

“Thank you to all who served, serve and will serve. You are our heroes,” Rees said.