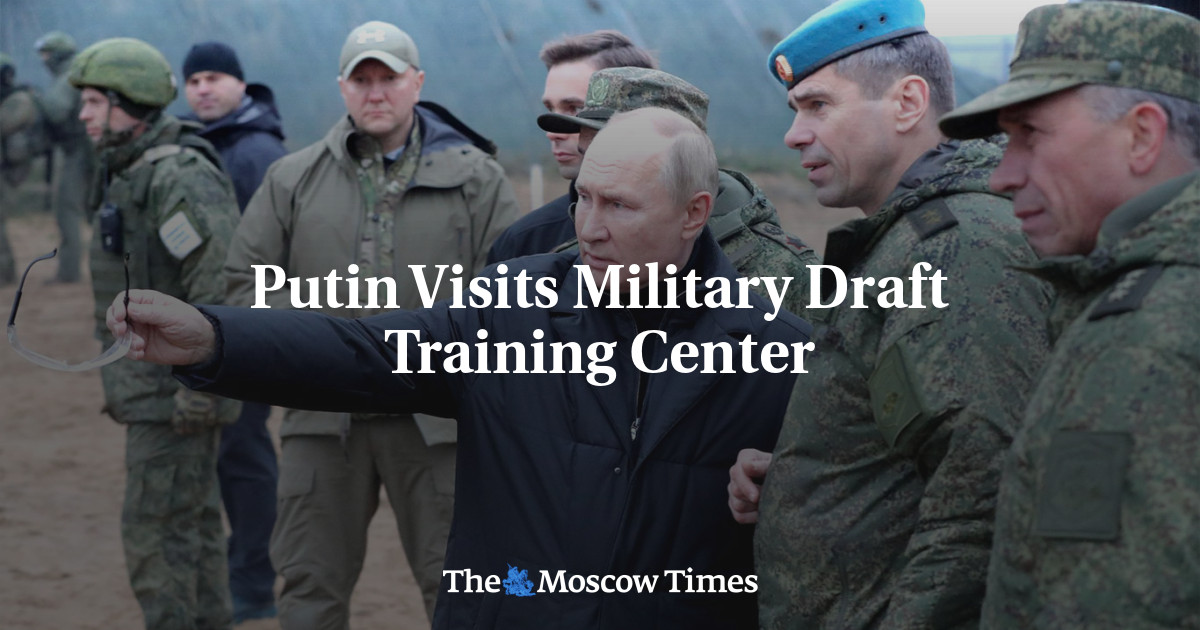 President Vladimir Putin on Thursday visited a training center for mobilized Russians for the first time since the announcement of a partial military call-up on September 21.

Putin then seemed to start leaving but turned around and asked one of the soldiers:

Putin hugged him and wished him “good luck”.

Military officials also showed Putin what the mobilized men are equipped with, presenting him with a line of men, some of them with their backpacks open to show what they are carrying.

“Walk around in a circle,” a commander told a soldier to show the Russian leader that the men were properly equipped.

“These are exceptional boots,” he added, as Defense Minister Sergei Shoigu, who accompanied Putin, inspected the shoes.

“Everything to complete the tasks,” said the commander.

The visit comes after reports that the men mobilized are ill-equipped, leading to some discontent.

Shoigu, alongside Putin during the visit, briefed him on the training of those called up to the project, news agencies said.

More than 200,000 people have been drafted into the Russian army since Putin announced the mobilization campaign, the Defense Ministry said.

Russia’s mobilization aims to support Moscow’s forces in Ukraine after a series of military setbacks.