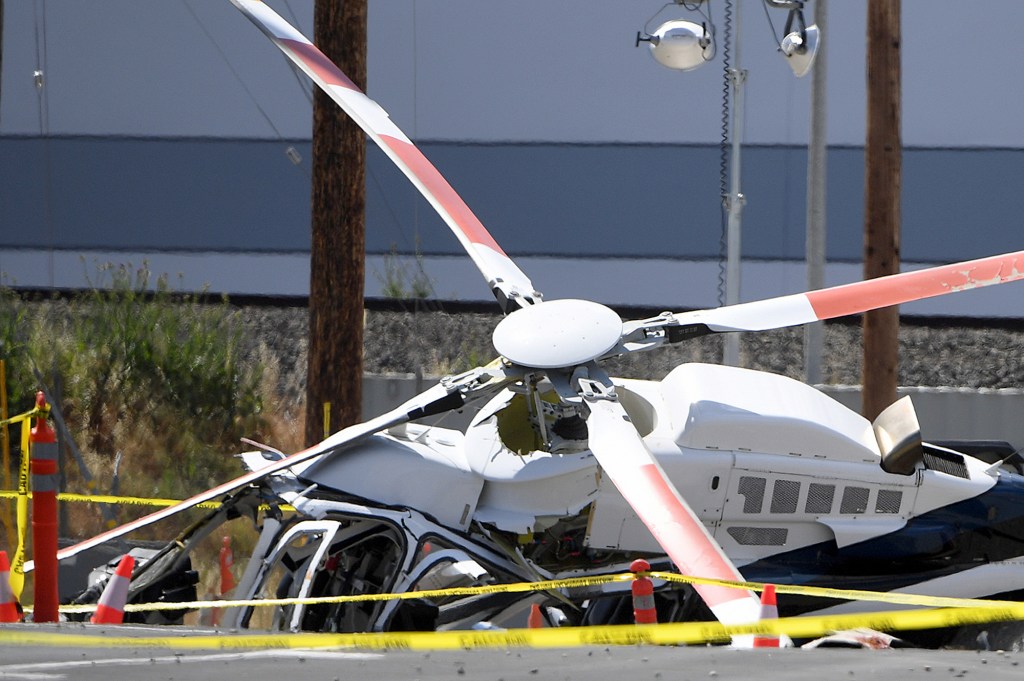 LIVERMORE — A helicopter crashed Wednesday morning at a Pacific Gas & Electric site, injuring the pilot and a man hanging from the plane by a cable as part of a training exercise, authorities said.

The crash happened around 9:55 a.m. at the facility in the 7200 block of National Drive, according to Azenith Smith, a Livermore police spokesperson. The facility is on the east side of town, just north of the Lawrence Livermore National Laboratory, in an area marked by several factories and industrial buildings.

The pilot and the person hanging from the plane by a cable were injured in the wreckage, said Peter Knudson, spokesman for the National Transportation Safety Board. Both were taken to hospital complaining of pain, Smith said; their injuries were not believed to be life threatening.

In a statement, PG&E said the helicopter – a Bell 407, operated by a contractor – was taking part in a training exercise at its Livermore training center when it crashed in a parking lot next to some PG&E practice poles. He added that “the safety of our customers, communities and colleagues is PG&E’s primary responsibility.”

Officials did not provide further details about what preceded or could have caused the crash, which was being investigated by the NTSB.

The training center is on a 35-acre campus along National Drive in Livermore. This is where newly hired employees are trained to become line workers, according to the utility provider’s website. The facility includes numerous 40-foot poles that trainees must learn to climb, as well as a gravel training area the size of 10 football fields.

The helicopter appeared to have come to rest east of a helicopter landing pad on campus, said Pat Krausgrill, who works nearby as a security guard for Jifco and has seen the aftermath of the accident.

Helicopters can regularly be seen hovering over the training site — hoisting power line workers into the air from a cable suspended from the bottom of the plane, Krausgrill said. Often, helicopters practice lowering workers onto the myriad training power poles on the sprawling campus.

“That’s our biggest fear is that we’re in a fairly densely populated industrial area and I have a lot of guys working outside, and it’s a bit nerve-wracking to see the maneuvers they’re working on. are doing with guys on the line,” says Krausgrill. “I’m just glad no one was seriously injured.”

Check back for updates.