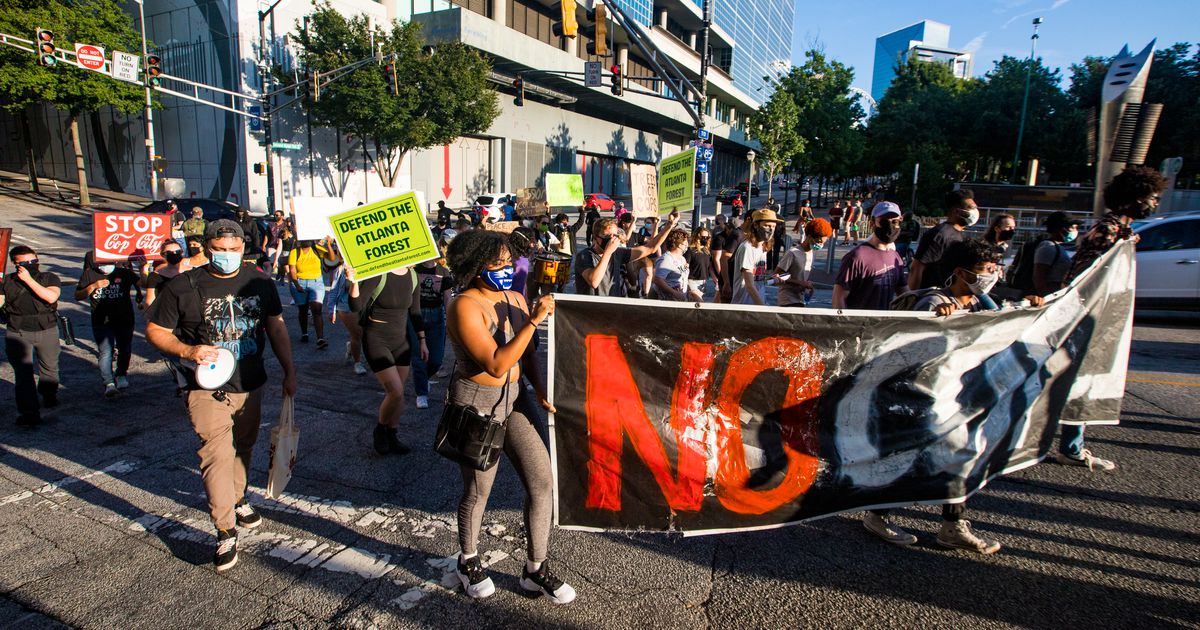 If so, this group of so-called militants has crossed a line – and they need to be stopped.

Long-simmering tensions between the group and police boiled over in May when officers removed some of them from the 85-acre site of a future training facility just outside the city limits in DeKalb County, where they had camped in an attempt to keep the new facility from being built.

The group recklessly and dangerously resorted to violence by throwing stones and two Molotov cocktails at the police.

There was a strong reaction from some community members when plans for the training center were announced. The issue was resolved, some changes were agreed upon, and the plans continued. While not everyone was happy, that doesn’t give a small group of people the license to engage in violent and life-threatening behavior.

And it’s not like these are local people with a genuine interest in what’s going on around their home. Of the seven people charged in the May incident, one lives in Gainesville; the other six are from out of state, police said.

Now the group’s criminal behavior may have hit the offices of Brasfield & Gorrie, the general contractor chosen to build the facility, and sparked a fire at a youth center for at-risk teens .

Not only were company offices in Alabama and Cobb County vandalized, but employees and their families were targeted at their homes, at church and in online attacks, according to some reports. .

The financial and emotional toll is not negligible.

In Birmingham, an attack on the offices of Brasfield & Gorrie caused $80,000 in damage – thanks to criminals dressed in black face coverings and white coveralls who smashed windows and painted ‘Drop Cop City or Else’ on the building, according to a social media article from Crime Stoppers Atlanta.

At the company’s offices in Cobb County, members of the group lit Roman candles in front of the building, causing grass to burn and smashing windows with “hand-thrown paint bombs”. They also spray painted “No Forest No Peace”, “Stop Cop City” and “Trees Not Cops”, according to arrest warrants.

It is reasonable that some people oppose the idea of ​​building a new training center. Peaceful protest is a right enjoyed by all citizens. But it’s time to bring those who intend to break the law to justice, before anyone is seriously injured or killed.