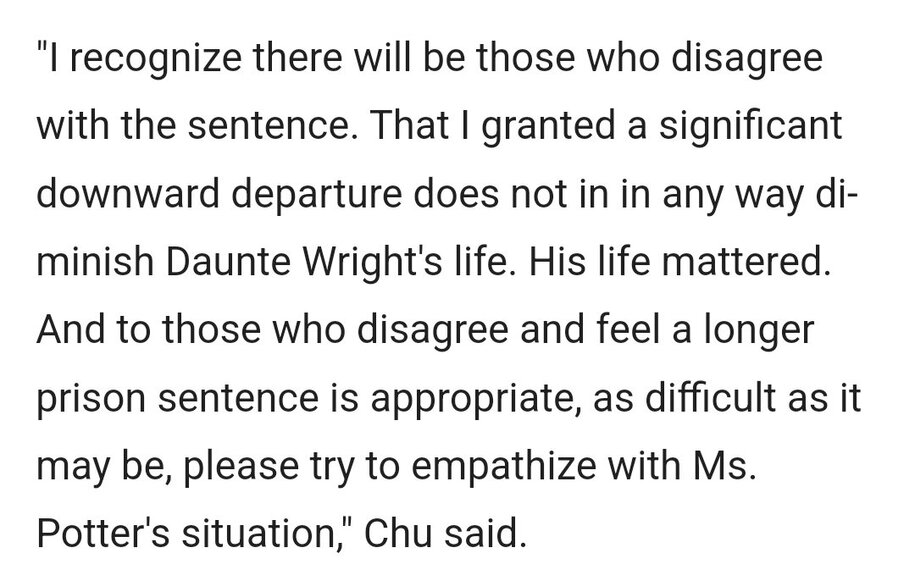 Kim Potter sentenced to 16 months, not 7 years, not 16 years

The parents wanted 16 years, the maximum, the prosecutors wanted 7 years, and the judge ordered 18 months minus the time served.

The conviction of Kim Potter does not detract from the veracity of the jury’s verdict. The work of justice continues. https://t.co/qcwLwA1er1