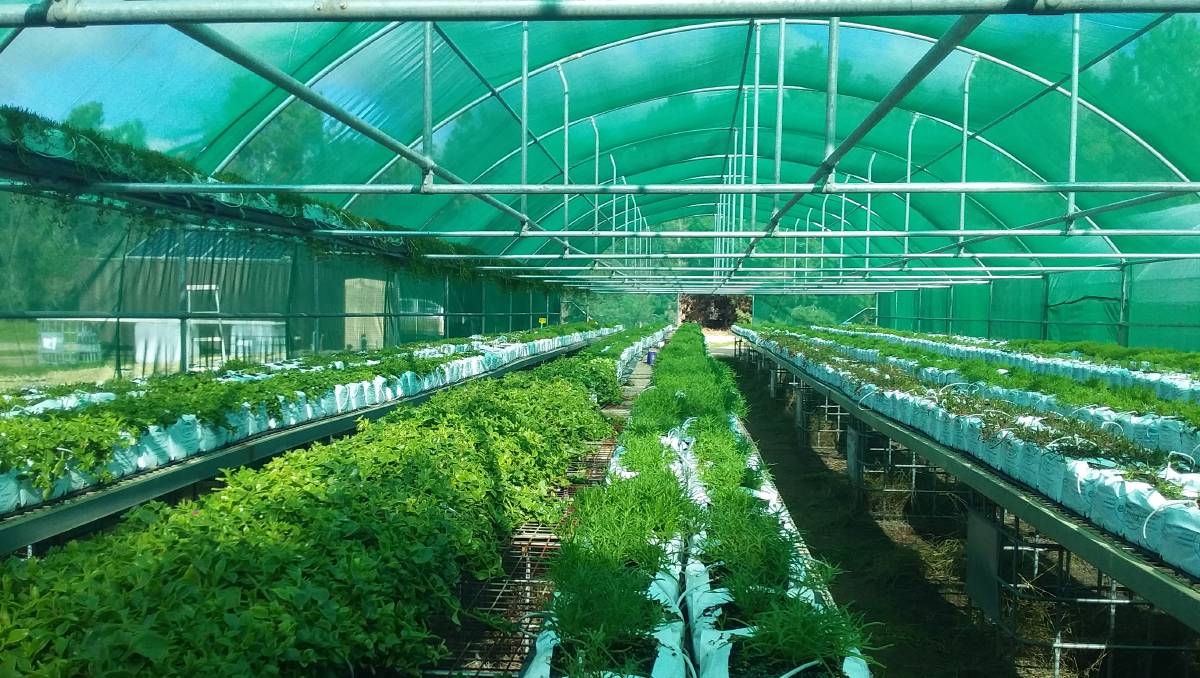 AFTER four years of blood, sweat and tears, Katanning Landcare is ready to launch its first day of training.

It will be held on Thursday, March 24 and is aimed at farmers looking to produce saline foods from saline land and water.

It follows the launch of the Saline Bush Foods Overview manual, published at the end of January, and will hopefully see an increase in the number of farmers in this unique market.

With high-end restaurants as the end consumer, Saline Bush Foods’ range is attractively priced once operational.

For those unfamiliar with saline plants, they belong to the family of halophyte plants, all of which are able to grow in fairly saline conditions.

With a salty taste, according to Katanning Landcare land care officer Ella Maesepp, these plants are perfect for growing in places where you can’t grow wheat.

“The project was always about having options to make economic production from land that was lost to salt and at the same time introduce more people to indigenous foods,” Ms Maesepp said.

“Farmers have been using saline as feed for sheep for years, so if you can add gastronomic value, you will increase the value of this land.

“Sheep won’t pay as much as a gourmet restaurateur.”

While many people don’t think much of species such as salty, Ms Maesepp said there was a growing market for native bush foods.

“Bushfood is a growing industry, but most of it isn’t in the salt pans, so far it’s your quandong, sandalwood and lemon myrtle – all those sorts of species” , said Ms. Maesepp.

“In Australia, salty food is not common, the Netherlands has been actively cultivating glasswort for a long time, as it is a commonly used food in Europe.”

“The industry has a lot of potential, the Netherlands is doing great things with glasswort and we could be too,” she said.

“Everyone knows about the saline plants here, but most people don’t think you can eat them.

“Because it’s on the salar, it’s undervalued – you just drove over it.”

As consumer education expands, Maesepp knows demand will continue to grow and hopes the combined resources of the manual and training days will help farmers break into the industry.

While farmers may be motivated to get started quickly and grow saline food crops, she urges them to read the manual first and see if it’s right for their business.

“What we’re asking people to do is read the manual first, because one of the things we’ve found is that a lot of people are like ‘oh, I’ve got a little that grows in my apartments, I’ll do it’, but it’s a little more complicated than that,” she said.

“After reading the manual you think ‘yes, that might be something for me’ and then come for the practice day.

“It’s not a general field day, it’s actually a training day for people who actually want to do it on their own.”

By proceeding in stages, Ms Maesepp hopes they will provide sufficient support to interested farmers.

On the training day, participants can expect to see the three cropping systems that have been part of the project over the past four years.

Wild harvest, which will be picked from the salt pans, planting site, viewing a plantation of salt bushes and glasswort and a shade house system, which pumps saline groundwater.

Each participant will spend a few hours at each site, seeing how each works and how the terrain was chosen.

“The day is very much for growers, not so much for agronomists and such, it’s for people who are seriously considering growing these plants,” she said.

“Farmers who decide to adopt this will hopefully improve the land by actually using it and improve the value of the land to the farmer.”

The training day costs $60 per person, $40 for a second person from the same company.

Want weekly news highlights delivered to your inbox? Sign up for the Farm Weekly newsletter.