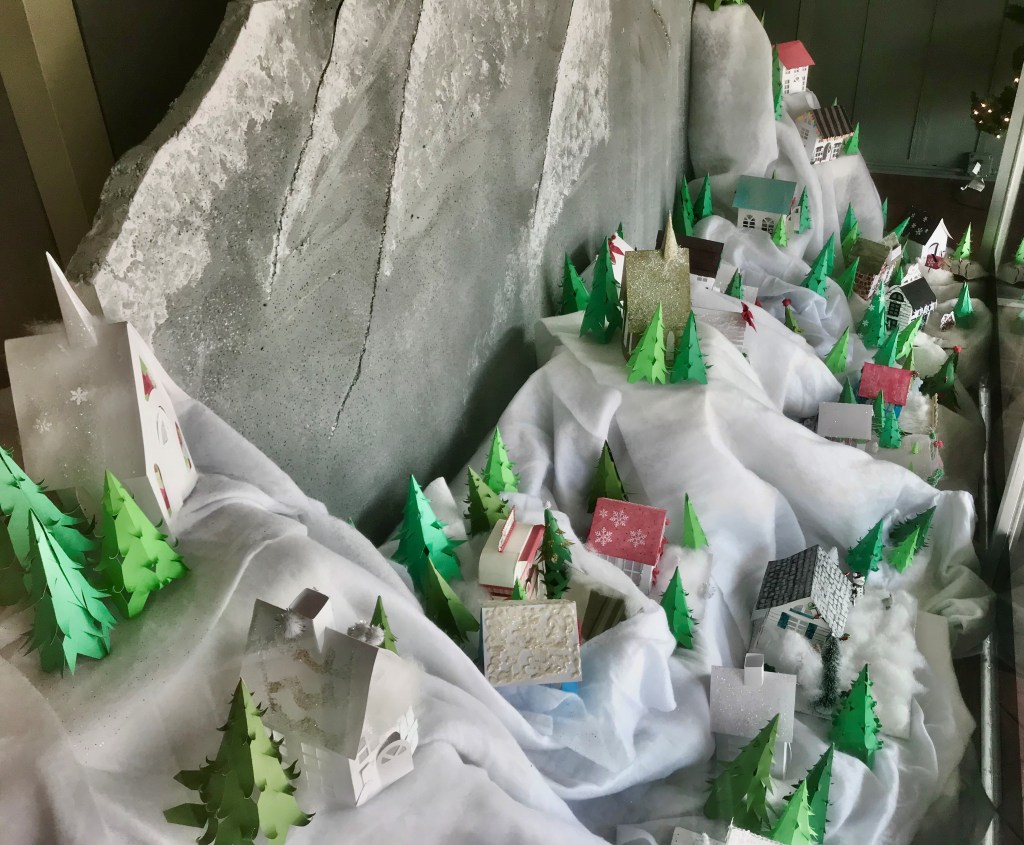 RED BLUFF — It’s starting to look a lot like winter everywhere you go, and one place everyone can see it is in a new exhibit at the Job Training Center in downtown Red Bluff.

Washington Street Production and the Tehama County Department of Education have partnered to create a holiday village inspired by the German tradition of putz houses, which are tiny houses decorated in the style of winter holidays.

Department for Education worker Lisa Hardwick said the project began at the height of the coronavirus pandemic last year. With everyone split into their own groups, Hardwick and Syerra Quigley wanted to do something that would bring that sense of community back to their organization, but could be worked on separately.

Hardwick said his department usually does something like this every year, but last year the situation was different.

“So we asked them to bring home different models that were models for them to fold and create their vacation village, and create their structures,” Hardwick said. “And then they were able to decorate and make it their own with their families over the Thanksgiving holiday.”

All completed structures were brought back and an exhibit was created at the Ministry of Education.

Hardwick said Quigley realized that the vocational training center had a large showcase space for an exhibition, and work to achieve this had begun.

For years, the Vocational Training Center decorated its own windows and changed them quarterly with the seasons.

“We really wanted to put on a great presentation for the city and for the upcoming parade,” said Carrie Ferchuad, executive director of the Job Training Center.

The village will be on display during the Christmas and New Years season at 718 Main St. in Red Bluff.