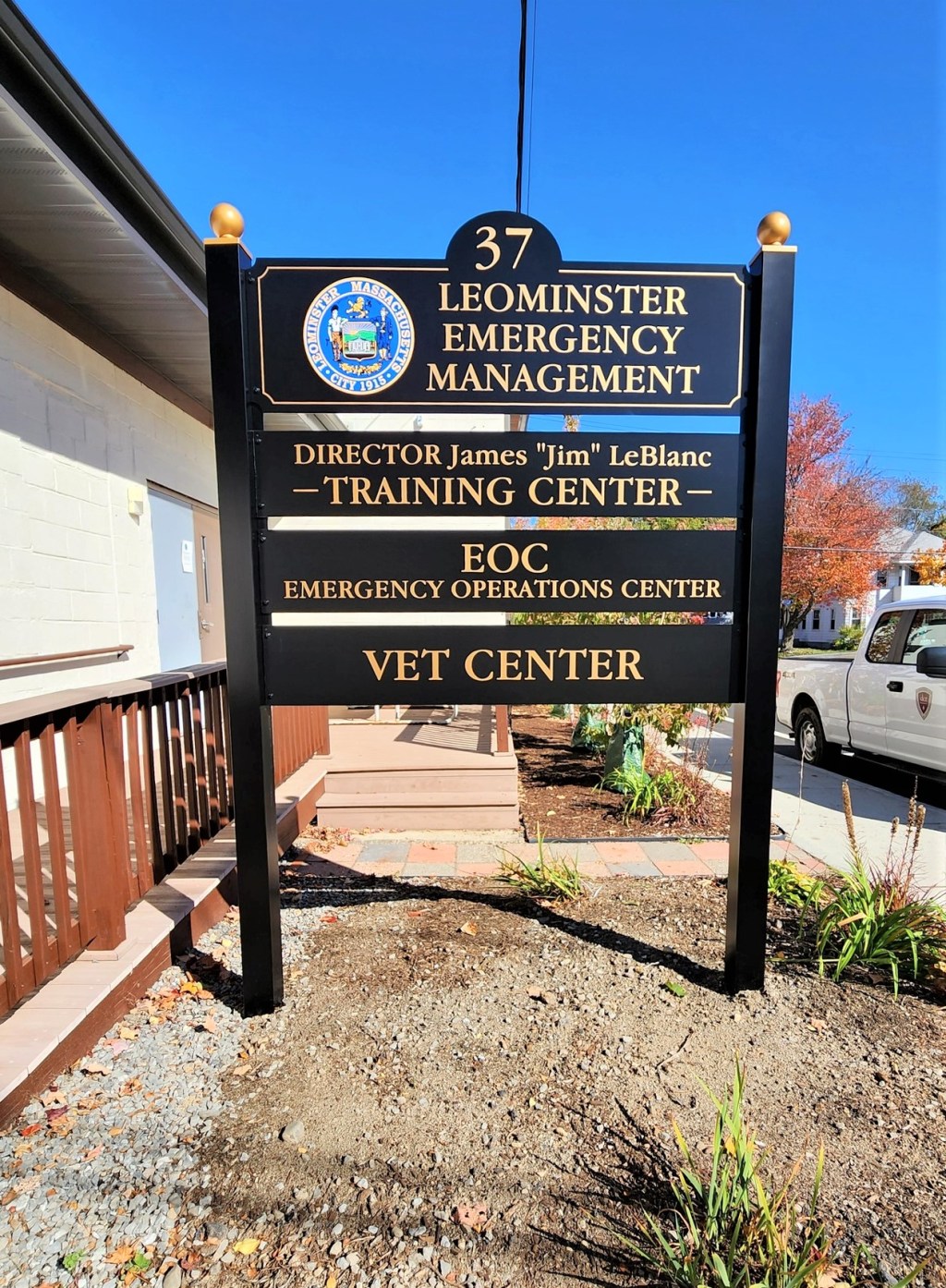 LEOMINSTER – The Emergency Management team have found a way to honor their beloved and deceased leader in a way that is both meaningful and practical.

Director James ‘Jim’ LeBlanc Memorial Training Center was dedicated on October 22, an event that drew a large crowd. Mayor Dean Mazzarella, Director of Emergency Management Arthur Elbthal and other staff, members of the LeBlanc family, including Jim’s widow, Carol, and many others, such as police and chiefs firefighters, came together to pay tribute to the town legend who has been involved with EM for more than five years. decades before his sudden death in September last year.

“I didn’t know him, but I got to know him sitting in his place here,” Elbthal said Friday of the well-known and respected man. “I get that he was a great guy, the kind of guy everyone would want in their hometown.”

Leominster Access Television covered the dedication, which included several speakers, and shared the video on its YouTube channel. Elbthal said the event was very crowded, so much so that people lined up outside the door of the spacious training hall where it was taking place.

“It was quite crowded, standing room only,” he said. “It really shows who Jim was and what he meant to everyone.”

Born and raised in Leominster, LeBlanc graduated from Leominster Trade High School in 1965. It was there that he met his girlfriend Carol, to whom he had been married for just under 56 years.

He began his prolific career as a draftsman at Leominster-based Foster Grant the same year he graduated from high school, leading to a 50-year career in the plastics industry where LeBlanc was highly respected. for his expertise in optics. He remained in this field until his 52-year volunteer journey in emergency management, his lifelong passion, led him to take over as director in 2018.

LeBlanc was instrumental in building the premier EM training facility during his tenure. Elbthal noted that when he became director in March, “we were coming out of COVID and wanted to use the training center as Jim envisioned it,” which will include in-city training as well as “inviting departments and cities outsiders and also citizens. That’s what (Jim) had in mind.

A memorial plaque for LeBlanc has been placed on a stone near the flagpole in front of the Carter Street EM headquarters, the sign near the main entrance to the building has been updated to reflect the name of the training center and a new sign was erected on Cedar Street. side.

An October 21 social media post showing the new signage drew more than 100 reactions and dozens of comments. One man wrote: “Jim was one of the most dedicated people I have ever met, a true gentleman. It’s a great tribute to his memory” and another person said, “Jim would be so proud”, a true testament to the admiration LeBlanc still has to this day and the indelible mark he left behind. .

“Imagine all those years of public service…simply amazing,” Mazzarella said with a smile on her face at the dedication. “(Jim) was a good human being and the man had passion and he had purpose. What greater gift could you give someone than to have someone on Earth here with all of this because this is the recipe out there and so few people get this recipe.