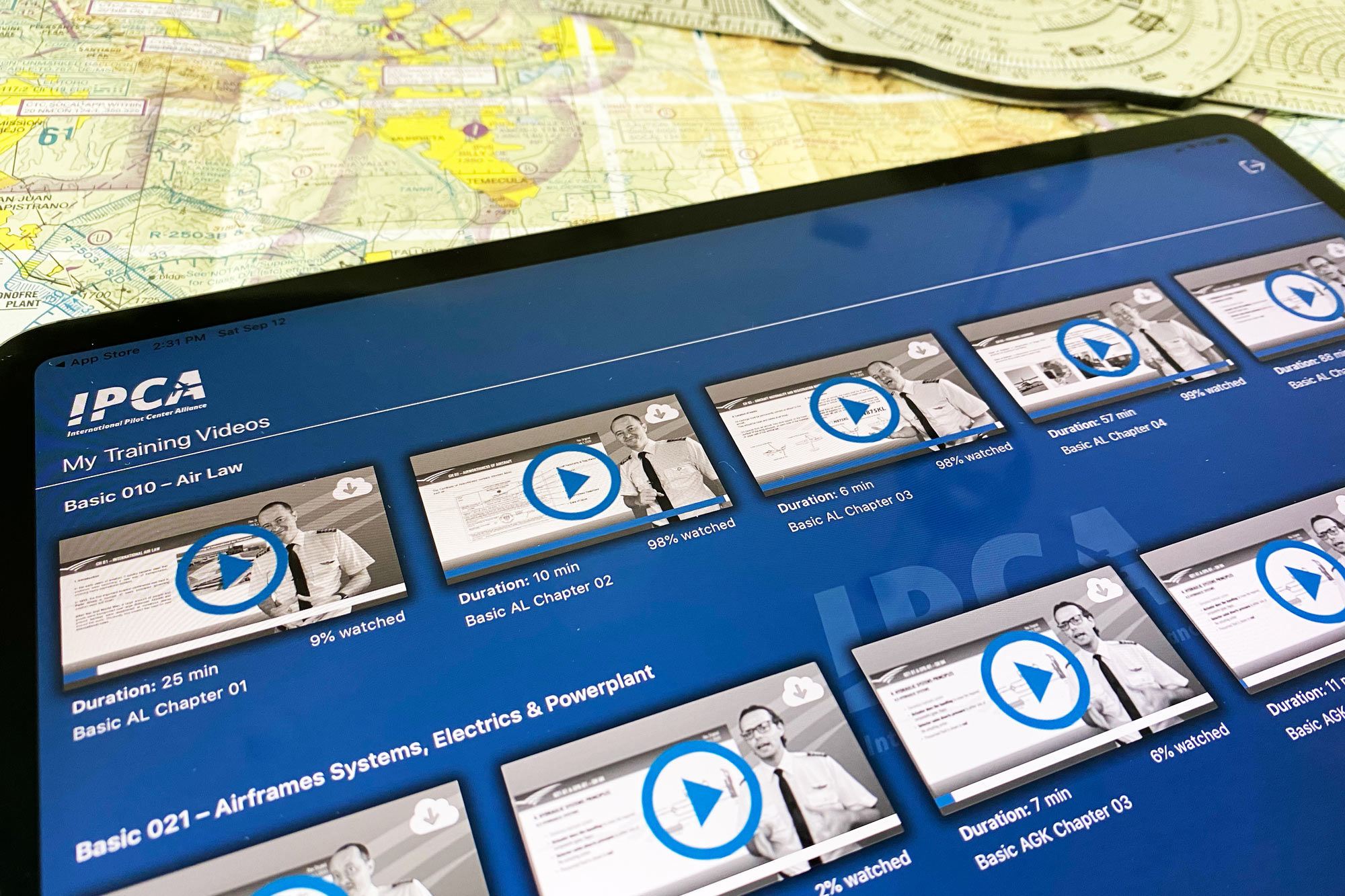 The International Pilot Center Alliance (IPCA) launched its new training system on September 16. According to Kay Vereeken, Founder of IPCA and Owner of EuroPilot Center and SoCalPilot Center, app-based media and e-books fill key gaps in pilot development. The team he leads created an FAA and EASA compliant theoretical training program to solve a series of problems that Vereeken and the team’s instructors identified during their experience.

“In our 20 years of experience in aviation,” says Vereeken, “we have often noticed that the basic concepts of aviation theory are very often misunderstood or simply not understood at all. It is a fact that a large majority of pilots today do not possess the knowledge necessary to reach the highest level of learning, which is correlation. The problem our team has identified is that the heart of the problem lies at the very basic level of training. A private pilot, for example, simply studies theory to tick the box, but that won’t help him become a good decision-maker later in his career.

Vereeken gives an example using departure and approach stalls. “We often come across pilots who are perfectly capable of recalling the theoretical concepts of a stall by heart. But they usually don’t have the next level: understanding why and how an aircraft stalls. In most cases they are able to recognize and recover from a stall exercise, especially in a safe training environment (where a stall is expected). But, when we expose even the most experienced pilots in a full-motion simulator to an unseen developing stall scenario, almost every pilot pulls the yoke! It’s really amazing and scary at the same time. In other words, the level of “correlation” has never been reached. Therefore, it is not surprising that the leading cause of accidents in aviation is still loss of control in flight (LOC-I).

He goes on to analyze the root causes of the problem: “Based on our years of research, the contributing factors are:

2. Too much flight training today is “competency-based”; in other words, teaching a pilot to fly or handle only an airplane;

3. Little or no training goes into risk assessment, especially in the early stages of flight training. This is often overlooked;

4. The level of correlation was never reached.

He says legislators such as the EASA and FAA have done a good job of addressing this issue through mandatory and recommended Upset Prevention and Recovery Training (UPRT) for certain certificate levels. “We are convinced that this comes too late in a pilot’s training journey,” says Vereeken.

The training system appeals to the need to engage the rider in the best way they learn, combining text-based theory lessons with a companion video app for smartphones and tablets (iOS and Andriod). All IPCA partner schools use the system as the basis of their curriculum. Free samples and downloads are available at IPCA website. They are also accessible via the Apple App Store or on the Google Play Store.

That Day: “Training Day” captured the reality of law enforcement