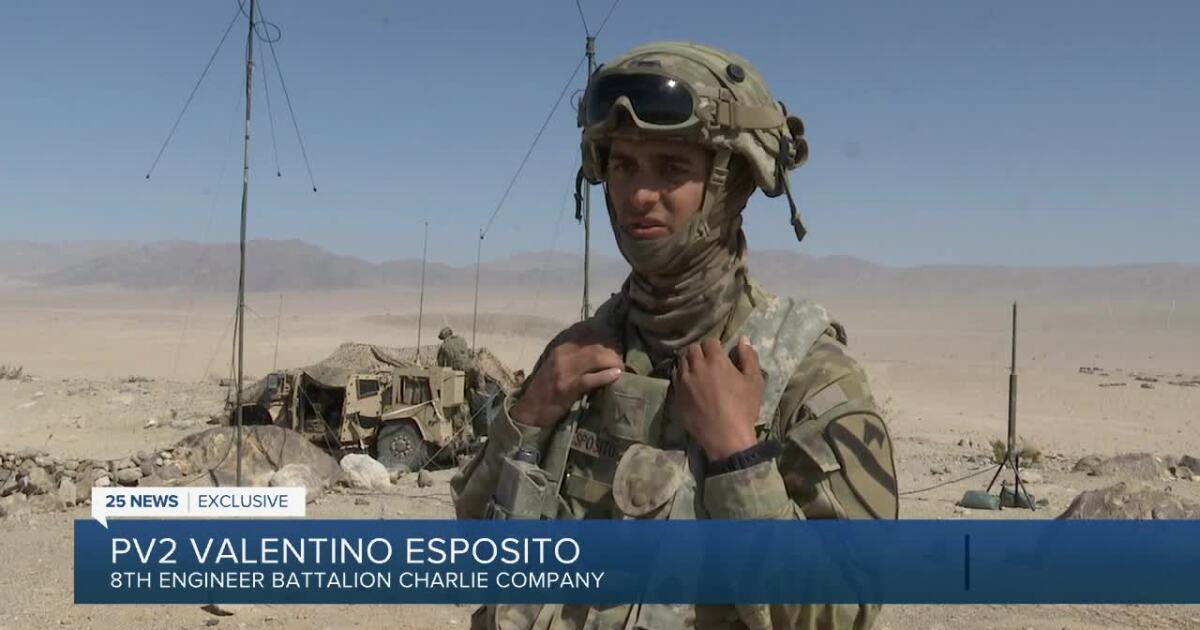 FORT IRWIN, Calif. – Thousands of soldiers from the 1st Cavalry Division prove their combat strength at the National Training Center in Fort Irwin, Calif., and do it on a grand scale.

None of this would be possible without open communication.

“I am currently standing on a hill where soldiers from Charlie Company are performing rebroadcasting duties. That is, extending radio networks for soldiers on the battlefield,” said 1SG John Concepcion, First Sergeant, 8th Engineer Battalion Charlie Company.

They ensure that communications remain open at all times.

“We get ahead of the TOC and set up communications in case someone else goes down. So we’re still kind of close to the front line,” said PV2 Valentino Esposito of Charlie Company’s 8th Engineer Battalion.

“I and some of the other guys from TAC and TOC who are currently not doing anything on their setup, are keeping the Trans site team safe while they receive communications for all kinds of people,” PV2 Esposito said.

Giving them a chance to put their training to the test in a real-world battle scenario.

“Difficult situations and austere environments present realistic challenges that present soldiers with the kind of difficulties they are likely to face on the battlefield,” 1SG Concepcion said.

NTC proves that they are ready for whatever NTC has to throw at them.

“Most of them get it. I don’t think any of them have signed up to join the Girl Scouts,” 1SG Concepcion said.