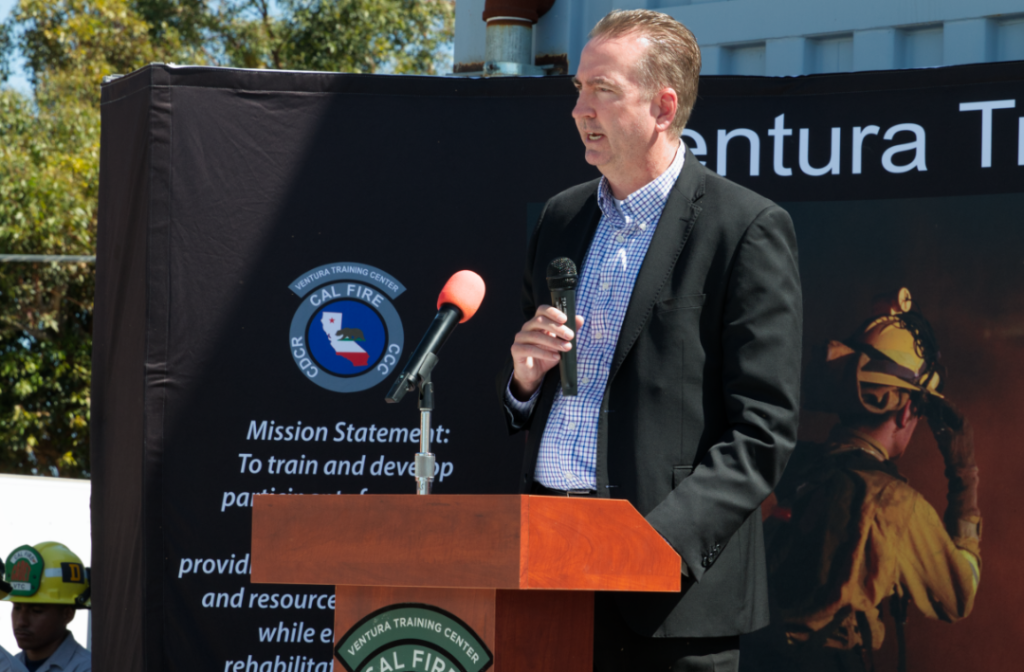 “Degrees like this are monumental given that the VTC program is still in its early years of operation. We look forward to the many lives – and generations – changed precisely through this innovative program,” said Under Secretary Macomber.

While incarcerated, graduate Henry Herrera served three fire seasons at Francisquito Camp #14, which inspired his passion for the firefighting profession. In two weeks, he begins his job as a forest firefighter with the Lassen-Modoc unit of CAL FIRE. He aspires to be a crew captain and will pursue his EMT certification and deregistration after graduation. His wife and youngest son were present with balloons and flowers.

Asked what advice to give to current program participants, fellow graduate John Reyna said, “Stay focused, stay engaged. Be attentive and flexible. Things change and you have to learn to adapt.

Reyna spent seven and a half years away from her family during her incarceration, and made the difficult decision to leave them for another year and a half to undergo VTC training. He was listed with CAL FIRE and is pursuing a position as a forest firefighter after graduation. Reyna says he wants to pursue a career in the incident command system in logistics or finance, setting a positive example for his children.

Hayden Wiener graduated from VTC in January of this year. Now, he’s a firefighter with CAL FIRE’s Tuolumne-Calaveras unit, working hard toward becoming a captain on a fire truck in San Diego. He says he is motivated by how far he has come since his first day in prison and that his parents and partner can say positive things about him now that he contributes so much to his community. His advice to future graduates is to stay focused and keep working harder than the rest.

The VTC was established in October 2018 to provide enhanced training to formerly incarcerated individuals who have recently served as part of a skilled firefighting workforce at fire camps or institutional fire stations operated by CDCR and CAL FIRE. Participants in the certification program receive additional skills in rehabilitation and vocational training to help them be more successful after completing the program. Those who complete the program are qualified to apply for entry-level firefighting jobs with local, state and federal firefighting agencies.

AB2147 was signed by Governor Newsom in September 2020 and provides an expedited pathway for formerly incarcerated individuals who successfully participated as members of incarcerated fireteams in the state’s conservation camp program. Under the law, a person who served as a member of an incarcerated firefighting team will be able to apply for debarment upon release, and if the debarment is approved, they can then pursue various career paths, including those that require a License state.