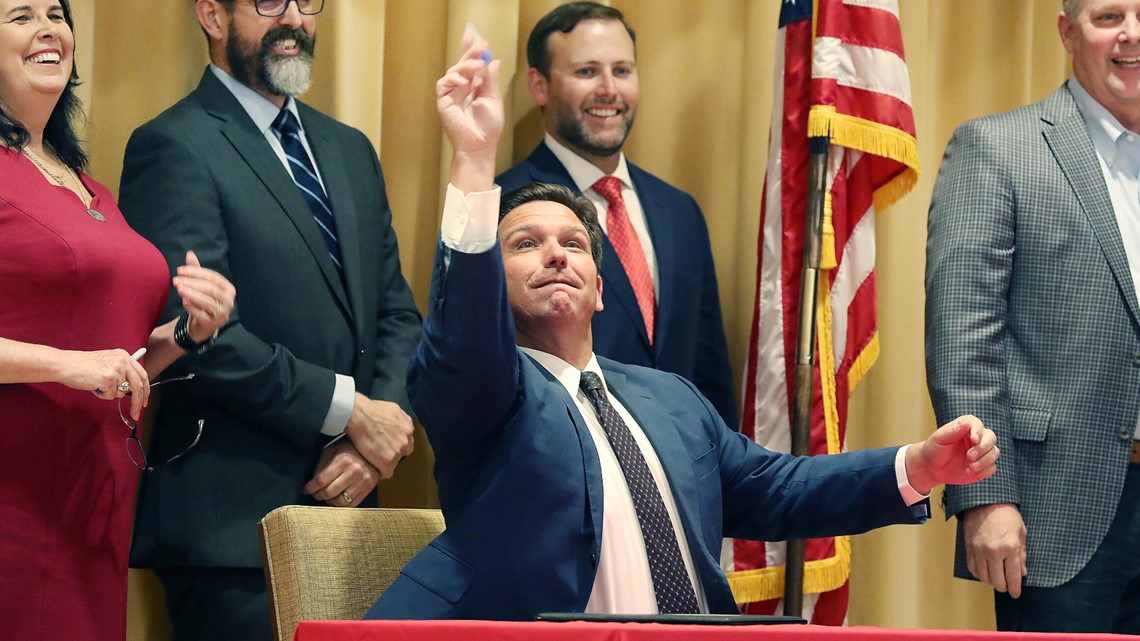 In total, the governor rejected $3.1 billion in spending Thursday, while approving a state budget of $109.9 billion.

Among the items that were not cut were $1 million for a food drive program for low-income or unemployed people and millions for college renovations.

The governor’s full list of vetoes, which is available online, includes more than 11 pages of items that were not approved this time around. Page 1 lists a rejection of $75 million in funding for an environmental and oceanographic science research and training center at the University of South Florida’s St. Pete campus.

“Really outraged by this veto”, Diamond tweeted. “This center would have made St. Petersburg the preeminent center for marine science and climate change research and would have served as a key economic engine for Tampa Bay. What’s more, it’s a disturbing continuation of Governor DeSantis’ attacks on the ‘Higher Education.”

Page 10 of the governor’s veto list describes a youth sports training and tournament complex that reportedly cost $35 million. As the Tampa Bay Times reported, the rejected line item would have helped fund a new spring training facility for the Rays.

Christina Pushaw, DeSantis publicist retweeted Newsweek editor Josh Hammer, who shared a link to an article suggesting the decision was made in response to the baseball team to take a position on the prevention of armed violence.

pushaw too caught the eye to one of the Governor’s other vetoes, in which he rejected a measure to acquire two new aircraft for use by government leaders. The proposal would have meant spending $20 million on a pair of state-owned jets.

“The Legislature passed SB 2512, which in part creates the executive aircraft pool for two new aircraft that could be used by more than 100 government officials, available 24 hours a day, 365 days a year, requiring 17 additional positions at the within the Department of Management Services for the purpose of providing several state-owned aircraft for business air travel,” DeSantis wrote in a letter explaining his decision to Secretary of State Cord Byrd.

“This is an inadvisable expense, especially under current economic conditions, and could have unintended consequences given the breathlessness of officials included in the authorization,” the governor said. added. “For this reason, I renounce my endorsement of SB 2512 and hereby veto it.”

For a summary of what was not vetoed, click here.

The Associated Press contributed to this report.