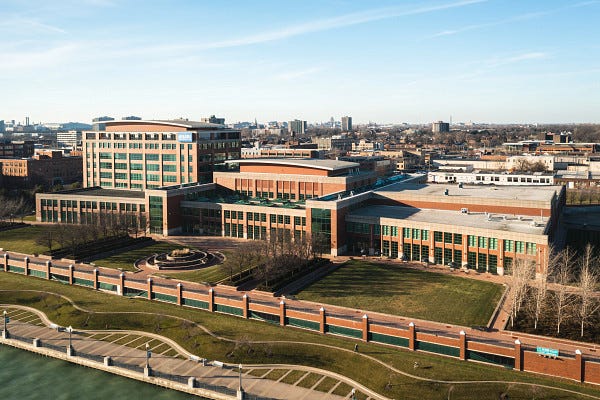 Dan Gilbert’s real estate company has purchased the former UAW-GM Center for Human Resources on Detroit’s eastern waterfront and is considering what to do with the large complex.

The building’s previous owners were a partnership between Detroit Metro developers Moceri Companies and 400 Monroe Associates, which bought the property in October 2020 for a price reported by Crain’s Detroit at $34 million.

The former training facility is adjacent to the 300 River Place office building that Bedrock purchased earlier this year.

Bedrock said in its announcement that it was “in the early stages of imagining a vision for the area”, which could potentially include housing, offices, retail and restaurants.

“The area’s proximity to the central business district and eastern neighborhoods provides a unique opportunity to connect the vibrancy of downtown with the vitality of riverside communities,” said Kofi Bonner, CEO of Bedrock, in the announcement.

“The Detroit Riverfront Conservancy and other stakeholders have spent years curating iconic, memorable, and world-class public amenities. Bedrock can build on that legacy.”

The total cost to build the UAW-GM center in the early 2000s would have been $180 million, according to a 2001 Free Press article. The money to build it was part of past contract negotiations between GM and the union.

GM had been paying the bulk of the bills for center operations for years. In the fall of 2019, during the UAW’s 40-day strike against the automaker, both sides agreed to close the center and put it up for sale. At the time, the center was caught up in a federal investigation into UAW corruption.