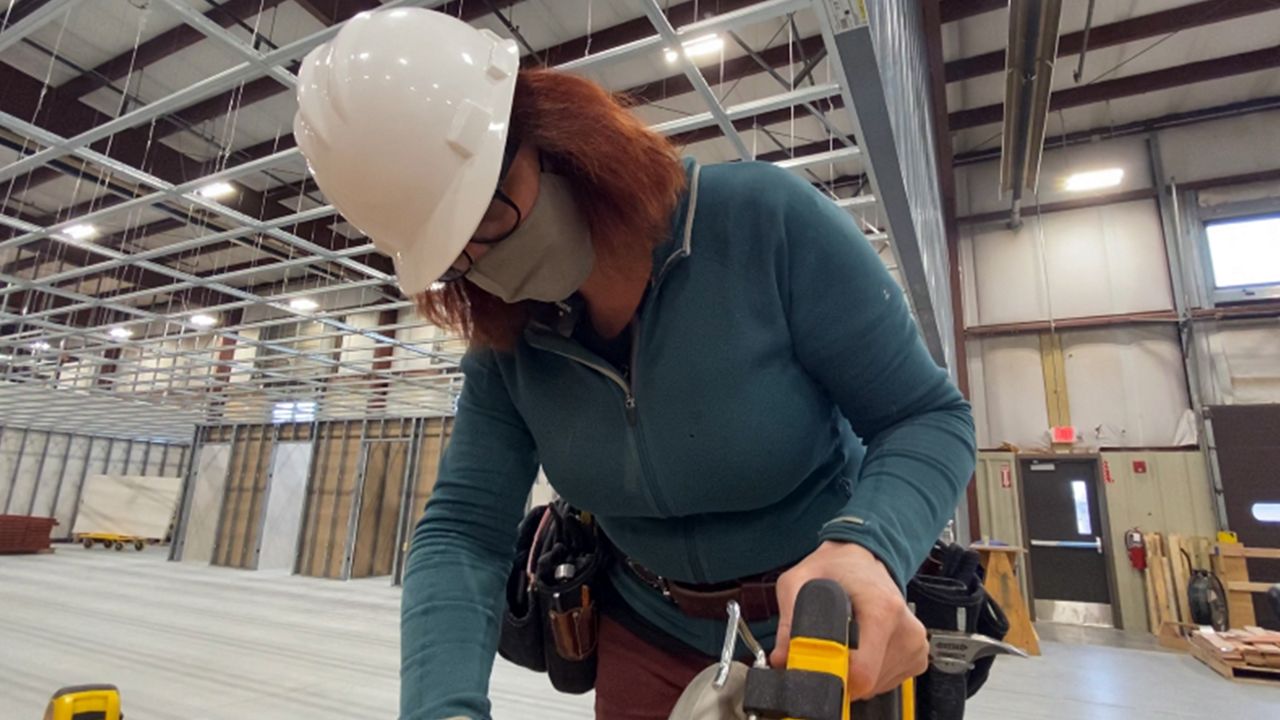 Carpentry training center seeks to attract locals to the field

A new carpentry training center in the Hudson Valley promises to attract more local residents to the trade.

It’s not every day you see a woman wading through a pile of wood. But Carolyn Riccardi goes beyond stereotypes to pursue a career in carpentry.

She just graduated alongside six other women from the Sisters in the Brotherhood pre-apprenticeship program, run by Carpenters Local 279 at the new North Atlantic States Carpenter Training Center at Rock Tavern.

“[I] always wanted to be in an environment where people cared about each other, where there was a long-term view of success, and where we could all relate to it,” Riccardi said.

Riccardi lives in New Paltz and has worked in carpentry for a few years. She always wanted to join the Carpenters Local 279 union to improve her skills, so she jumped at the chance to join the Sisters in the Brotherhood program.

“The opportunity to work alongside other women and see these women grow in their careers has been one of the best things about the pre-apprenticeship program,” Riccardi said.

According to the Institute for Women’s Policy Research in 2020, more than 300,000 women worked in construction, more than ever before. But women are still vastly underrepresented in the field, accounting for just 4% of all construction jobs nationwide.

Nicole Grodner runs the Sisters in the Brotherhood program in New York and hopes the program will help more women consider a future in the industry.

“A lot of women really come to us with no prior experience,” Grodner said. “They go through the four weeks, they graduate, they become apprentices and take our apprenticeship training and they become carpenters.”

According to the Bureau of Labor Statistics, the carpentry industry is growing slower than normal and is expected to grow only 2% from 2020 to 2030. This is slower than the national average for other occupations.

The North Atlantic States Carpenter Training Fund hopes that with the opening of the new $3 million training center, more Hudson Valley residents will change those statistics.

The need for carpenters also comes at an opportune time. With the government passing a landmark infrastructure bill, funding is on its way to states and experts expect demand for workers with these skills to increase.

Riccardi says she is excited to get down to business and begin her apprenticeship program and one day become an instructor herself to inspire other women and men to join the field.

“We women don’t need to be sequestered in certain jobs, and those jobs are really invaluable; you take those skills home and take them out into the world,” Riccardi said.

Plowing tips to give at the local training day