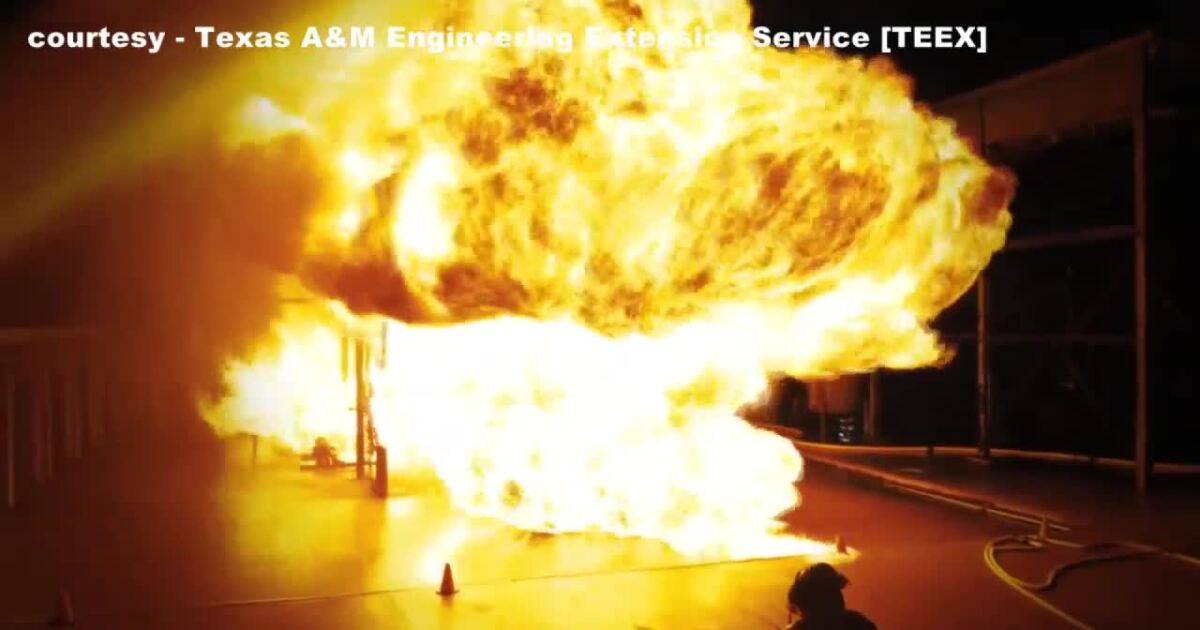 BRYAN, TX – A lightning strike caused a large fire at an oil field in Bryan yesterday. But thanks to the team’s efforts and prior training, the Brazos County Fire Department was able to contain the blaze.

Around 7:30 a.m. yesterday morning, an oil tank in east Bryan was struck by lightning and burst into flames, creating a shattering boom and sending physical shockwaves through the surrounding Austin’s Estates community.

“One of the tanks ended up exploding and flying out of the containment area,” said Bryan Fire Department spokesman Gerald Burnett. “And then the contents of that tank spilled into the containment area around that tank, and the fire in that area eventually ignited the other tank.”

No one was injured in the fire and no surrounding homes or properties were damaged by the flames. Firefighters from the Bryan Fire Department and several local support services won their battle after an hour and 20 minutes of work.

“The direct danger to homes is quite low,” Burnett noted. “That’s not to say there aren’t exceptions, but it’s one of the reasons we don’t want people messing with all the oil pads.”

Firefighters from Bryan FD and many other area agencies train for situations like this at the Industrial Fire School hosted by the Texas A&M Engineering Extension Service [TEEX] at College station.

“In our class, what we do [is] try to show the two ways of fighting those [oil tank] fires,” said Ray McElroy, industrial firefighting instructor at TEEX Texas Fire Training School. “And we show the types of equipment you can use to put out those types of fires using dry powder. [chemicals]or fire-fighting foam.

McElroy said most modern oil tanks are set up with precautions in place, in case a lightning strike or other emergency occurs.

“They are all designed to be able to manage it within the system, in the levee area, in the reservoir,” he pointed out.

Gerald Burnett said the flames never got beyond the tank containment area during Wednesday’s incident, and surrounding neighborhoods were safe – just, maybe a little shaken.