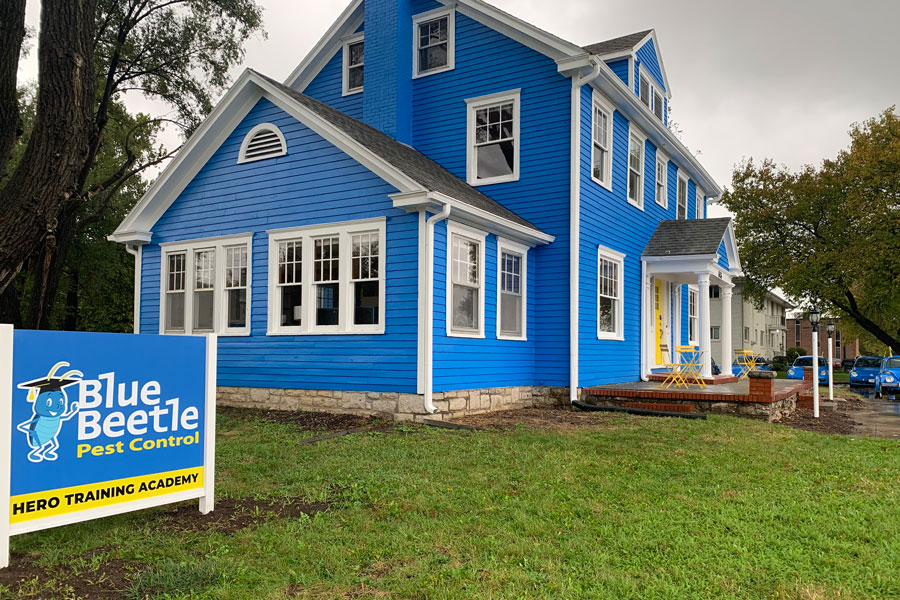 The training center will offer new Blue Beetle technicians a place to learn the ropes through a simulated version of their typical day, including a mock house and actors to represent the owners.

Company founder and owner Mitch Shipman said the new training center will be used to teach employees how to interact with customers as well as what exterminations look like.

“It kind of walks them through the whole gamut before they get to the customer,” Shipman said.

Shipman said he anticipates the training center will likely be officially operational by the end of November.

The training center will have approximately three employees who will work there from 9 a.m. to 4 p.m.

Blue Beetle acquired the space a month ago and since then the company has invested approximately $50,000 in renovating and repairing windows and plumbing in the historic farmhouse.

Along with a new blue exterior, the farm-turned-training academy now features a blue 1968 Volkswagen Beetle with the company mascot behind the wheel.

Shipman said the expansion to Overland Park is also exciting for the Leawood-based company.

“It’s really about taking these phenomenal people with great character that we find all over the city and really honing their skills on how to protect people’s homes from the tiny dangers of the world,” he said. declared. “And how to make our customers super happy.”

Correction: An earlier version of this story incorrectly listed the address of the new Blue Beetle Pest Control site as 3036 Metcalf Ave.