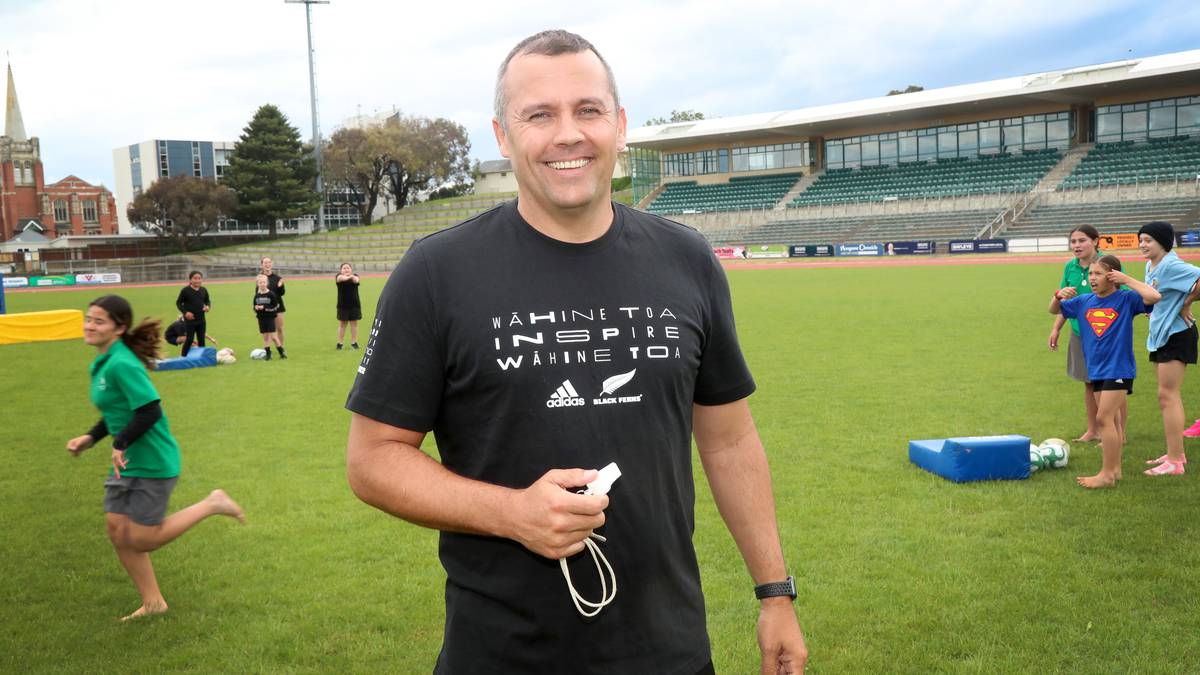 Black Ferns forwards coach Wesley Clarke was in Cooks Gardens this week to hold a training session for the girls, after helping his side win the 2021 World Cup.

She said around 35 girls participated, although some of the smaller ones were happier watching from the sidelines.

“It was great to have the families there too.

“We wanted to put something behind the (World Cup) win. Wesley is based in Manawatū and was more than happy to come with us.

Clarke, the head coach of the Hurricanes Poua in Super Rugby Aupiki this season, has passed on tips on ball carrying, placement and kicking.

He was also available to answer any questions put to him.

“Everyone was really having fun and laughing, with some rugby skills too,” Talawadua said.

“Wesley ties things together and makes it all go really well, all in one game.

“Without even knowing it, the girls are learning skills like stepping over the ball when they go to clean up a ruck.”

Talawadua was part of the Black Ferns team that won the World Cup in 2017.

She returned to Whanganui in 2019 after playing six seasons with Waikato in the Farah Palmer Cup.

She was part of the Manawatū Cyclones team for 2022.