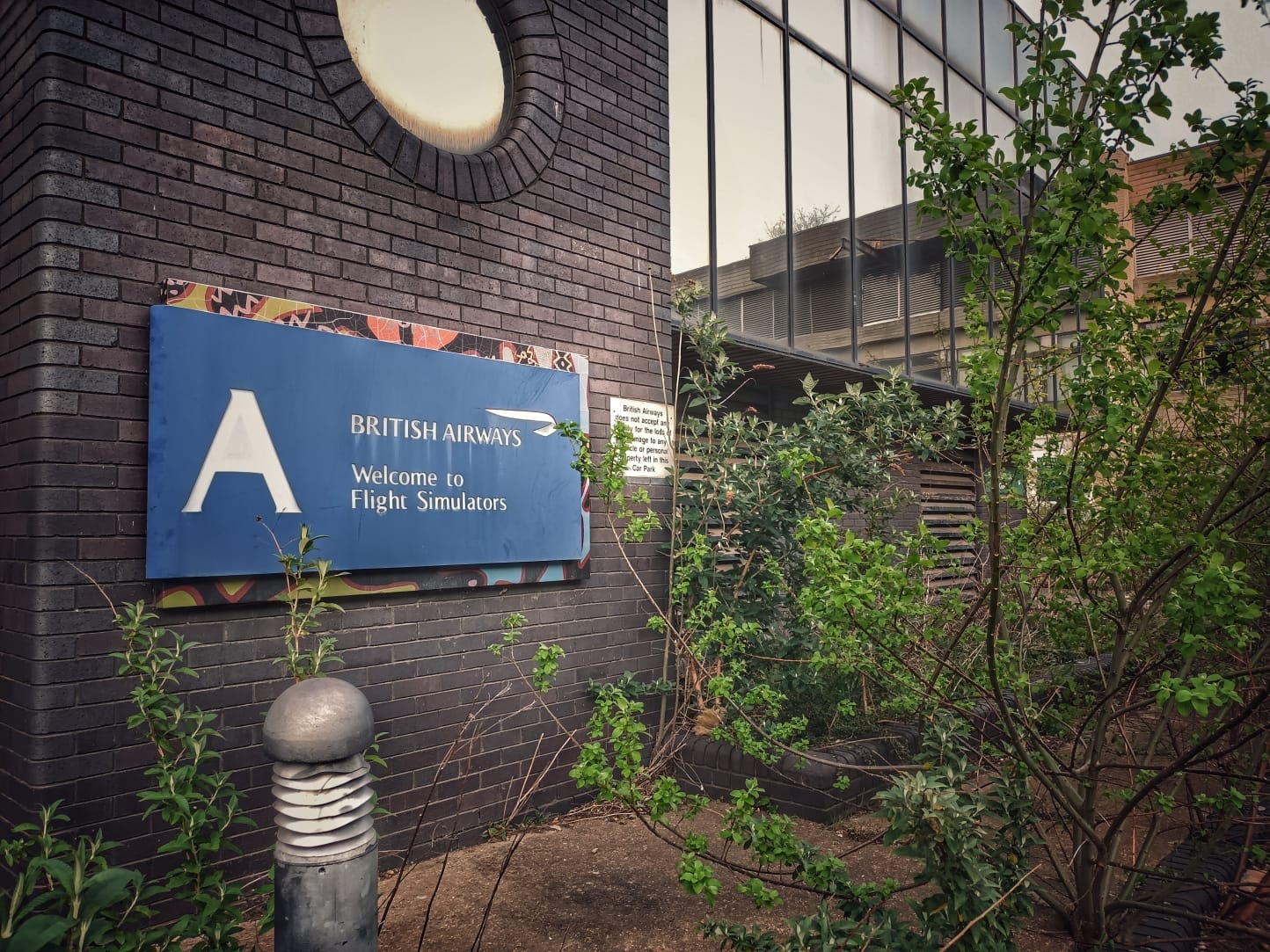 Urban explorer Luke B. (LSUrbex Exploration) was able to sneak into the former British Airways (BA) training center at Cranebank, next to London Heathrow Airport, UK. For 60 years, the facility was used to train crews. The formation was moved out of the facility to a new structure several years ago, and the discovery of asbestos caused it to be considered too expensive to redevelop.

The building was constructed from the original office blocks on the site in the 1950s, while everything else was added over 60 years of use. British Airways operated a training center at Cranebank next to London Heathrow Airport for many years.

Students would learn the secrets of aerial life across campus, through theoretical instruction and hands-on methods, using motion simulation equipment and converted Boeing aircraft with mannequins. The formation was moved out of the facility to a new structure several years ago, and the discovery of asbestos caused it to be considered too expensive to redevelop.

Many things inside that were deemed worthless were left behind, including a flight simulator, cabin trainers and more. In the years that followed, the building and its contents deteriorated considerably and suffered from the theft of copper cables which destroyed most of the corridors and rooms.

Cranebank once offered a course that allowed passengers to experience a simulated emergency on an airplane.

In addition to a smoky cabin and cries of passengers, the crew would shout the emergency hug! Spacer!’ as the participants adopted the position, preparing them for an incident in the air.

The Flight Safety Awareness course was originally designed for the petrochemical industry which transports its personnel to wherever oil and gas is in the world.

Since its inception in 2003, more than 15,000 people have taken the course.
Cranebank has not been used by British Airways for over five years and the land is intended for industrial use.

The new center has a fleet of £10 million full-motion flight simulators.

I had been meaning to go to BA for the past two years but past discussions told me not to go as security is very tight and several people have been arrested.
But recent discussions. I was told security was friendly so I got in the car and headed to BA!

We parked in the nearest parking spot possible and walked through the park and into the woods, the outside gate had been screened off with multiple fencing and places sealed off to urban explorers entering as security is really trying to keep people out to get in, I was told where the easiest access point was and found it easily, we climbed through the narrow spot and walked in, it was vast!

Maybe nearly 20 buildings were left to rot and decay we first entered the outer building where I thought the BA planes might be but I was wrong we looked around the building for a good hour or two just to find the planes while taking several photos on the way, unbelievable that a multi-billion dollar company let the building decay like this.

With a little help from a couple of friends they told me where the planes were so we walked over to them we laughed as we passed the planes more than once without realizing it , we were in it, it was amazing, definitely different to any other exploration I’ve done in the past and the pictures don’t really do the ease and justice.

On our second visit we ventured further and tried to explore what we didn’t on the first visit we came across Discover.re and another group we talked about past experiences and urban exploration for approximately 20 minutes. the planes could be so we toured them to the planes, the weather suddenly passed and it was dark, so unfortunate we weren’t able to explore some parts we came back for but will be going back soon! This place is amazing and to keep in the back of my mind.