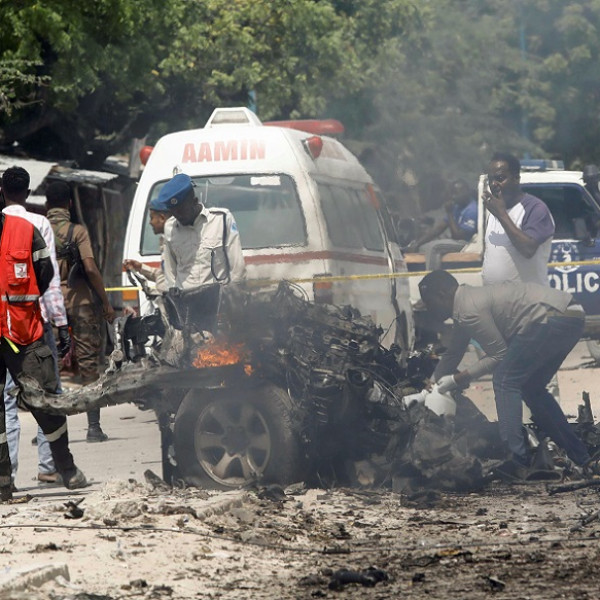 MOGADISHU, Somalia – An al-Shabaab bomb blast targeted a military training center in the Somali capital Mogadishu on Saturday evening in an attack that comes just a week after terrorists targeted the city in a raid that resulted in several deaths.

According to state media, the militants reportedly targeted the vicinity of General Dhagabadan’s military training center in southern Mogadishu. Exactly a week ago, militants attacked downtown Mogadishu, killing 121 people and injuring more than 350.

The facility is located in the former candy factory and has been targeted by Al-Shabaab on several occasions in the past. Militants often target security forces, senior government officials and innocent civilians. In the past, more than 5,000 civilians have been killed by militants.

“Innocent civilian casualties reported as a suicide bomber blew themselves up outside Candy military base in Mogadishu, a cowardly attack by Al-Shabaab Khawarij after suffering military setbacks in battlefields,” said security agencies to state media.

At least 15 people are believed to have died in the attack on the base, including army recruits and dozens injured. Several other explosions were heard in the city on Saturday evening.

Over the past two weeks, Al-Shabaab militants have suffered casualties in various battlefields, especially in Hiiraan, Galgaduud and Bay regions. According to official Somali federal government records, more than 400 militants were killed during the same period.

On Saturday, the US Africa Command confirmed the killing of more than 15 Al-Shabaab militants in Cadale, just moments after the Somali federal government pleaded with Washington to step up airstrikes against the militants while killing even those plotting to unleash attacks.

And in a statement, Al-Shabaab admitted to losing 8 men and claimed to have killed 36 “militias” in Thursday’s fighting in the Tardo area, Hiran. Activists said the alleged US strikes joined the fight later in the day, causing casualties on their side that they said were unprecedented.

Additionally, Al-Shabaab reported that a suicide car comb hit government forces in Towfiq, Middle Shabelle claiming to have killed 23 people. The claims have yet to be independently verified, but the al-Qaeda-linked group is primarily associated with propaganda.