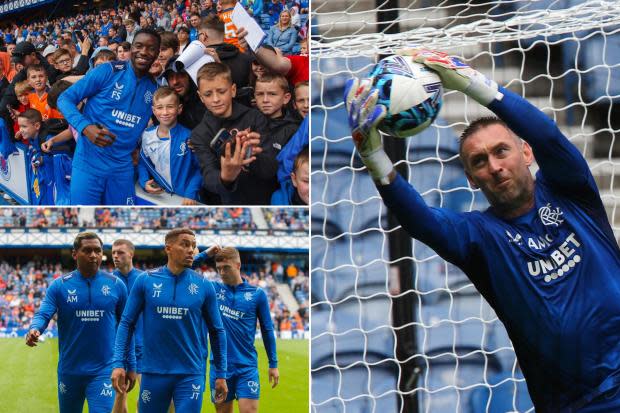 Rangers fans had the opportunity to encourage the team to Ibrox today as they prepare for the next season.

Members of MyGers filled the stadium for the day of practice.

Giovanni van Bronckhorst was spotted on the pitch by Glasgow Times photographer Colin Mearns, as he prepares for his first full season in charge of the light blues.

Here are 37 snapshots of the day.